Get your FREE Survey & Quotation

Your professional electronic security provider since 1978

Whether you would like to have CCTV cameras in your homes or place of business, we have the capability of offering security services. Clear Sound Security fully understand that you would like to keep your home fully protected from intruders as well as having a way of guarding the premises of your business ventures.

You don’t have to contact a different installation company for your house and a completely different one for your commercial premises.

For your local businesses In Rugby, we install commercial CCTV systems. As for homes in Rugby, we set up home security systems, Access Control, Burglar Alarms, Intruder Alarm systems, and CCTV cameras. They are all recognised by both the Police and Insurance industry.

We have the means, skills and resources to do both for you and at a very affordable price. All our trained technicians are NSI, NACOSS Gold Approved installers. Call us today for a free quote on getting CCTV cameras or CCTV systems installed in your home or business.

You can leave it up to our professional installers to set up CCTV systems on your chosen property whether it be home or business. They go over every nook and cranny, every blind spot and every security risk. Next, they install the system in all the necessary and required places in order to monitor and provide your property with maximum security for that peace of mind feeling.

Why Does CCTV Benefit Homes And Businesses?

CCTV systems are highly beneficial for both a residence and a company for the following reasons:

There are some instances where a crime has occurred but the one responsible cannot be identified due to so many other factors. If CCTV Rugby cameras are installed, at the location where the crime happened, it is possible to see and know who is responsible for it since their face and features have been captured on camera.

Due to the fact that people’s identities and features are captured and therefore recognisable, people are very much discouraged from participating in any criminal behaviour and criminal activities since they can be identified easily on the camera.

This is most relevant for a workplace. For example, if an employee was seen on the CCTV cameras to be taking office supplies home, it would be easier to decide what to do next.

Apart from the other ways in which your company can keep records of employees, this can be another method. The CCTV systems pick up everyone who comes in and out of work, the time they arrive, the time they leave and many more relevant things. So, it acts as a backup for other tools that might already be in place at the company that monitor such records and can be used to confirm several details.

Why Use Clear Sound Security For Your Rugby CCTV Installation Service?

At Clear Sound Security, we do not compromise when it comes to offering you the best security systems, intruder alarms and CCTV installation in Rugby Warwickshire, and surrounding areas. Our installers are well experienced and trained to ensure that your security needs are met. A survey is carried out on your property and discuss what your needs and requirements are. The way we go about designing each system is unique just for you and our expert surveyors will understand the significance of selecting the conventional cameras and locations to guarantee you have a system that perfectly satisfies the needs determined during your evaluation process.

After that, our home security professionals will then install and certificate your CCTV system. We offer maintenance services so that it is in top working condition over time.

Our staff are professional, pleasant and dependable to get the job done and deliver the service in the best way possible.

When you choose us, we ensure that our home security systems are worth every single penny you spend. So if you are looking for maximum security services in Rugby at an affordable price, we are the people for you when it comes to CCTV Installation and alarm systems.

When it comes to choosing the most appropriate security systems, this might seem like an arduous task seeing as there are so many different ones available. Additionally, if one does not have a keen eye for CCTV technology and its specifics, it becomes even more difficult, especially when the equipment available is not of original quality.

These systems always require maintenance, which our installers also specialise in.

A figure being displayed should normally fill at least 80 mm per pixel. An observer should be able to track the quantity, direction, and speed of persons moving across a large region.

A figure that is shown should normally take up a minimum of 40 mm per pixel. When notified, an observer should be able to scan the display screens and determine whether or not a person is there.

A figure should normally take up at least 16 mm per pixel. An observer should be able to notice some distinguishing features of the subject, such as distinctive clothes while maintaining a broad enough field of vision to watch activities surrounding an event.

A figure should take up at least 8 mm per pixel. At this level of detail, an observer should be able to tell whether or not an individual displayed is the same as someone they have seen before with a high degree of certainty.

A figure should normally take up at least 4 millimetres per pixel. The image quality and detail should be adequate to confirm an individuals identity beyond a reasonable doubt.

This is a pro-active commercial CCTV system specifically designed to potentially prevent theft or damage to property before any serious criminal act can be perpetrated. Using cameras with intelligent intrusion detection, or standard detection devices strategically positioned around the protected area, any Intruders are quickly detected and a live picture immediately transmitted to experienced operators at a Remote Monitoring Station, who can then assess what is happening on site. All systems are installed and certificated to NCP104 and BS EN 62676 as referenced by NCP104, or BS8418. 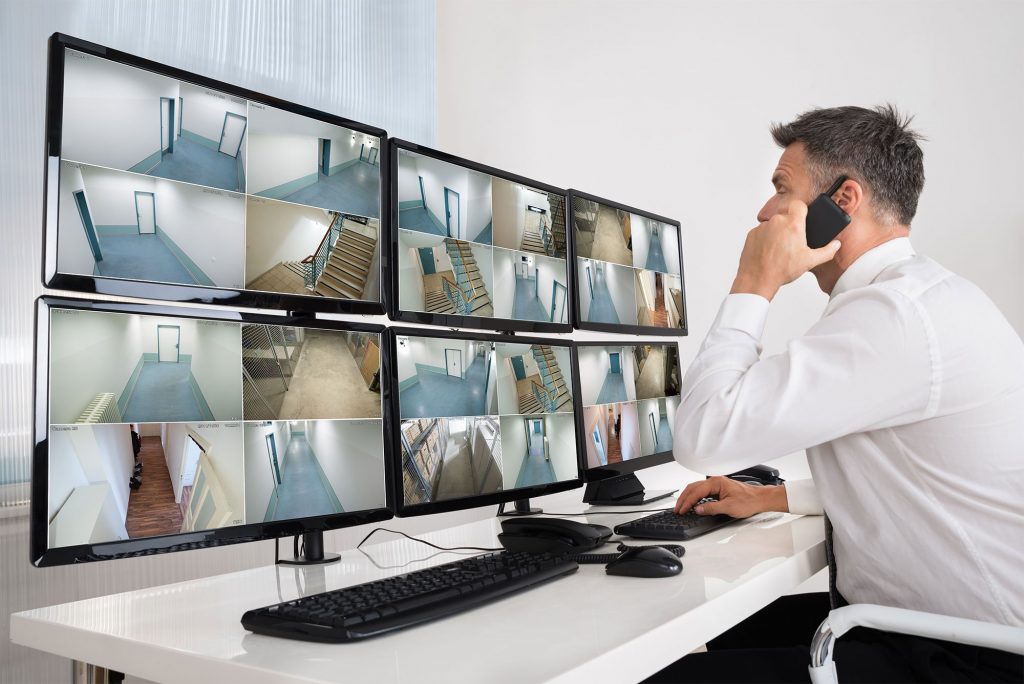 Do I need permission to put up CCTV?

Usually, you do not need to gain any authorisation to install CCTV. However, it is important to note that certain spaces need to gain permission.

You do not require authorization to install a CCTV system if it is inside the bounds of your own property (including the garden). You must, however, run it in a courteous and responsible manner, and design it such that it has the least possible influence on places outside of your premises.

It is suggested by institutions that the CCTV systems should be configured to provide as much privacy to others as possible. Requesting our services for a CCTV installation company to build the system for you will ensure that you have the most effective surveillance coverage on your residential premises while maintaining other’s privacy.

Home security systems are usually used in such cases.

Public premises include streets, parks, play areas and roads. Security systems in such spaces are usually encouraged up by police and councils.

Access control is a system that uses electronic tags in order to release electronic door locks and therefore unlock a door.

The reader on the door is powered, via the control unit. It emits radio waves via its antenna.

There is an antenna that is used to obtain radio waves from a reader. When the tag and the transmitter are within almost 75mm from each other, small currents are created within the chip due to transmitted radio waves. Due to the current, the chip is powered up and sends an encrypted unique ID number back to the reader.

The Id number is fed back to the controller that has a digital decoder, integrated circuit and memory. This decoder identifies the number from the signal that the tag sent.

Next, it is the duty of the controller to compare the ID number with stored tag numbers that have already been loaded to the unit by an administrator. If the received number matches the one that has already been stored and has been authorised to have access to that door at that time, the integrated circuit sends a signal to unlock the lock. How long the signal lasts is earlier programmed by an administrator.

The signal sent by the control unit operates the electrical door lock which releases a physical stop on a door lock allowing it to be opened by the tag owner.

It is thought to an effective CCTV system.

Yes, it truly does. Especially if the installations are the right kind for your property and have been set up correctly.

Many people have testaments of how burglar alarms that have been set off by a burglar have prevented their houses from being robbed. Others still have come forward to explain how home security and CCTV cameras helped identify a thief or intruder. So, yes they do work!

Is CCTV a breach of GDPR?

GDPR stands for general data protection regulations. It is used in scenarios where someone was recorded and can be identified.

CCTV Rugby systems and security cameras are not a breach of GDPR. Breaching occurs when GDPR guidelines are not followed.

How long is CCTV footage kept?

It is suggested that 31 days is the most appropriate length for storing footage. Most do adhere to this.

However, the footage can be kept for longer if an incident occurs and the footage is relevant for that. For instance, if a crime happened and the CCTV cameras captured it all, that can be used as evidence in a criminal court. So, throughout the trial, the video will be used and reviewed over and over again. Which means it is highly relevant until the case is closed. Some cases can go on for as long as 5 years or even more, which means the CCTV video will be kept. In other instances, evidence is kept for trials that have already been closed. In this case, the CCTV videos would not be deleted. All in all, it depends on the situation but in general 31 days is the preferred standard.

Who can legally view CCTV footage?

If you appear in any CCTV footage, you can request to view it. It is your right to do so and the owners of the footage should not deny you.

"Moved into our new house six months ago and the previous owners (fortunately) left all of the details of the alarm system and the company that maintains it. Had a problem with it this morning (the internal sirens kept going off and the keypad display said the internal backup battery had failed). The system was installed a long time ago (but is still in very good condition). The backup batteries are cheap and easy enough to replace so I can’t really complain! Contacted Clear Sound and got a same-day call back from Ian (the company owner). Very nice, genuine chap who clearly cares a lot about his business. Ian spent about 20 minutes on the phone explaining the options and did his best to help me figure out how to stop the siren going off all night! I was very pleased with Ian’s approach (especially when calling after 5pm on a Friday night) and look forward to signing a new ongoing maintenance contract." 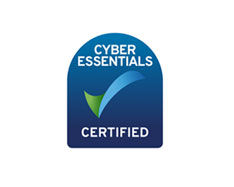 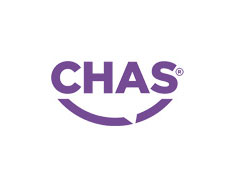 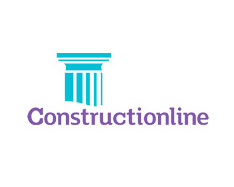 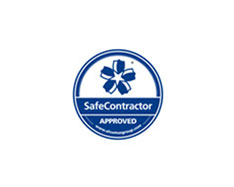 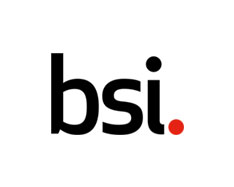 Request your free survey and quotation!

Just fill in your details below.